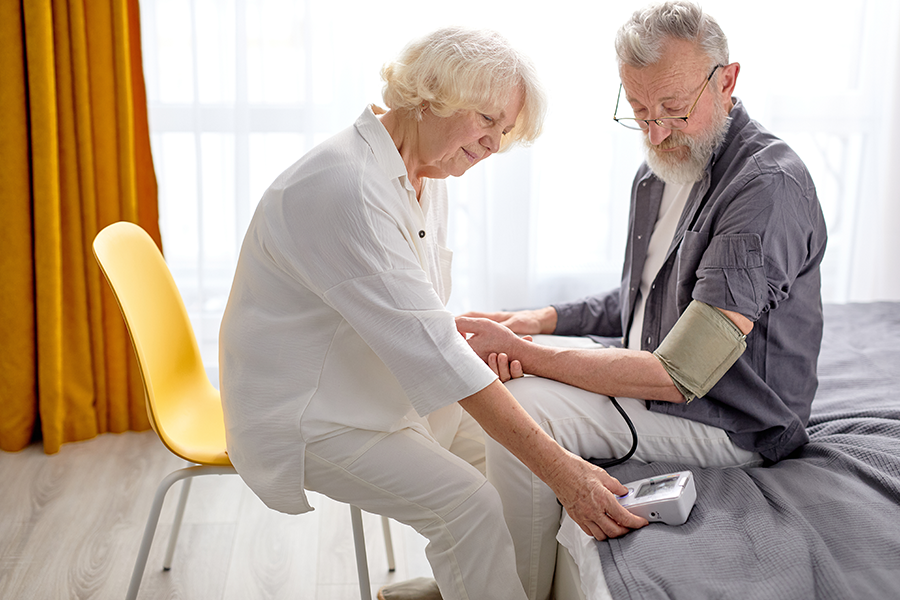 The troubling symptoms of living with an enlarged prostate – known as benign prostatic hyperplasia, or BPH – like getting up several times at night to run to the bathroom and planning travel and outings around restroom locations, can drive men to their doctors to help find relief. But there are hidden risks to common BPH treatments, and navigating treatment options can be as frustrating as the BPH symptoms themselves.

Like many men, David was first prescribed medication for BPH when he told his doctor about his bathroom problems that were only getting worse: getting out of bed at night to go to the bathroom, feeling an urgent need to go, but then facing a trickle instead of a stream, and with increased frequency.

“If I drank a cup of water, I’d have to go immediately after,” he said. “I’d be up four times in a night going to the bathroom. I noticed that I really reduced my fluid intake, otherwise I’d just always be in the bathroom.” 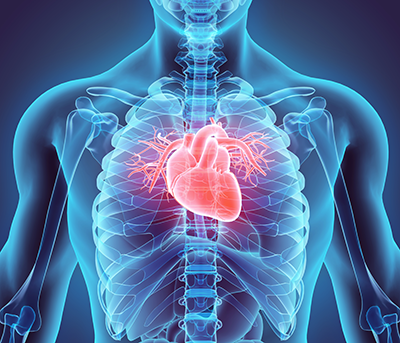 However, prescription medication for BPH might not be the best course of treatment for many men. A large Canadian study, published in the peer-reviewed Journal of Urology in May 2021, identified a connection between commonly prescribed BPH medicines and increased risk of new heart failure.1 The study showed a significant association between the most popular category of BPH medication, called alpha-blockers, and reports of new heart failure.1

This new finding is important, particularly as so many health care providers prescribe medication as the first line of treatment for BPH symptoms—and an estimated 64% of men in the U.S. with BPH elect to take medication.2 In light of this new data, it is critical for men with BPH to discuss their risk for heart disease with their healthcare providers when considering certain BPH medications as a treatment option.

Surgery and Medicine Can Lead to Sexual Dysfunction – Sometimes Permanently

Men living with BPH might also feel like they’re living between a rock and a hard place when it comes to their love life and treatment of their BPH symptoms. Sexual dysfunction resulting from BPH medications, including increased erectile dysfunction, is one reason many men quit taking their prescriptions altogether.3

Some men are so frustrated by their BPH symptoms that they seek out a more permanent solution: surgery. Surgical options include transurethral resection of the prostate, or TURP. This surgery can be very effective in relieving BPH symptoms. However, it carries risks of permanent side effects such as urinary incontinence and erectile dysfunction.3

TURP can lead to other sexual side effects including retrograde ejaculation (sometimes called a dry orgasm).11

“I prided myself very much on my ability to perform in the bedroom,” said BPH sufferer Larry. “(With BPH) that was gone. It was kind of a slap in the face and was very depressing.”

After going over treatment options with his urologist, the known sexual side effects associated with both BPH medication treatment and TURP were a concern for Larry.

The Consequences of Doing Nothing

With any condition, doing nothing is always an option. But it may not be a good one for many men, when it comes to having an enlarged prostate.

BPH does not get better on its own. If left untreated, in some men, BPH can worsen to the point of lasting bladder damage.4  Doing nothing also leaves men living with BPH symptoms facing the same, ongoing symptoms day after day, night after night. 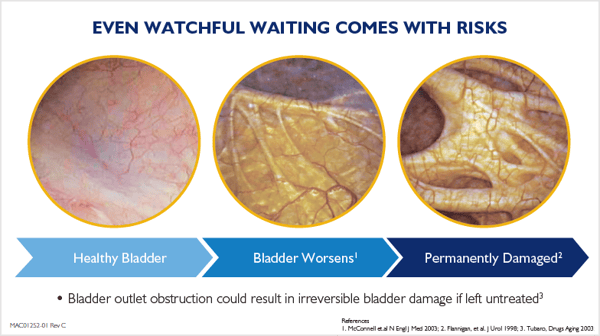 “What we know right now is that a third of men over the age of 50 seek treatment for their BPH,” said urologist Steven Gange, M.D. “I’m convinced that the other two-thirds are just sitting at home wishing there was something easier than what’s out there.”

It May Be Time to Talk to Your Doctor

There is hope for the 42 million men in the U.S. who have BPH.2 The leading minimally invasive treatment for BPH is the UroLift® System, an earlier treatment option that can help get men off BPH medications and avoid major surgery – and related complications.8

The UroLift System uses a proven approach to treating BPH that lifts and holds the enlarged prostate tissue out of the way, so it no longer blocks the urethra.

If you’re taking or considering medication to treat BPH, it may be time to discuss other treatment options, particularly if you’re at risk for heart disease. To talk to a doctor about safe and effective treatments for BPH, visit the UroLift.com physician finder to find a urologist in your area.

Individual results may vary. Most common side effects are temporary and can include discomfort when urinating, urgency, inability to control the urge, pelvic pain, and some blood in the urine.5 Rare side effects, including bleeding and infection, may lead to a serious outcome and may require intervention. Learn More

Dr. Steven Gange is a paid consultant for NeoTract | Teleflex.

Learn about the severity of your symptoms and available treatment options.